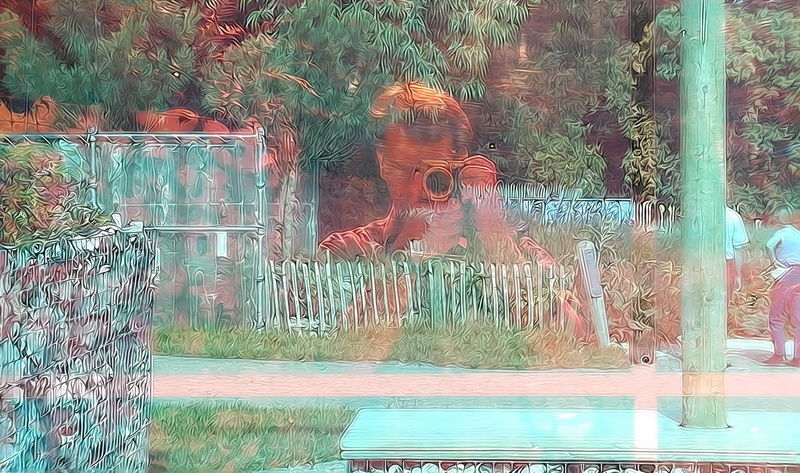 Life moves pretty fast. If you don't stop and look around once in a while, you could miss it. John Huges, via Ferris Bueller.

Having a camera helps :-)

My first camera had bellows and a "doublet" lens (wide open at f/11), took Six-16 film, and had organic metering and focus systems. I'm not quite that old; just got it as a hand-me-down.

Life in 35mm land started with an Olympus XA - a truly wonderful bit of engineering. Other Oly gear followed in due course, culminating in some OM-4 bodies and a modest set of lenses. Several Oly digital cameras followed, notably a 2100UZ. Eventually, micro-4/3 appeared, with adapters to give those old lenses a new lease on life.

Current kit includes a Olympus OM-D, Pentax K-5, and a Ricoh CX-4 point-and-shoot. The 2100UZ still gets an outing, too - it turns out be fairly sensitive to IR light.